Beer sales have fallen by at least 25% because of Decree 100 recently. For many decades, urban people have always had the habit of consuming beer after work or on important occasions such as holidays, new year, weddings, weddings to celebrate with everyone and reduce stress in life. With many people thinking that drinking a few beers will not affect driving, however, with the new decree coupled with close scrutiny and the recurrence of the disease has led to many changes. change in the behavior of people drinking beer and buying beer. This can also open up new opportunities for non-alcoholic beer lines in Vietnam.

The first is that in order to be able to drink beer in places like sidewalk eateries, beer consumers cannot be the driver, so they often use ride-hailing apps. [Survey data of people going to work using car booking applications] [Hypotheses] According to Mr. A in Saigon has an average income, so traveling by booking applications will greatly affect drinking beer with Friends because of a lot of inconveniences when traveling by placing a car on the app, it both takes time and increases travel costs. As for Mr. B, the owner of a fashion store in Binh Thanh district, said that he often goes out to drink at relatives ‘houses or gather to eat at friends’ homes, so this Decree does not have much effect on drinking beer. brother. Another case is Mr. C, who is a senior employee at a big company in Hanoi, because his income is quite high, stable and has his own driver, so he often goes out to drink with customers, partners, former colleagues and normal staff weekly. Finally, you D, D is a senior college student in Saigon, you often go to the bar with your classmates and boyfriend, so when the new Decree comes out, you have to consider more when you go to drink at bar with friends, so you’ve decided to explore and sample non-alcoholic beers.

Secondly, unlike Ho Chi Minh City or Hanoi, other cities like Can Tho or Da Nang do not have car booking apps, so people are more concerned about alcohol consumption in restaurants. But because people in small cities or rural areas still do not know Decree 100, they still drink alcohol freely outside when driving traffic. [Hypotheses] For example, in Can Tho city, around 6pm, most of the traffic police do not have traffic police so the pubs here are still crowded as usual.

Moreover, many consumers have chosen to consume beer at home to avoid problems when drinking out, but when drinking at home, they tend to change their drinking behavior as if they choose beer with Different concentrations of alcohol and different prices. (should not be confirmed) Drinking beer at home will also reduce consumers’ consumption, because when they drink at a restaurant, they often drink more because the atmosphere is happy and bustling, so they rarely be mindful of self-control. [Hypotheses] For example, E is a freelancer at home, when drinking at home he often chooses cheaper beers and has lower concentrations. In contrast to Mr. E, Mr. F, who works as a flight attendant, chooses foreign beers with a higher segment, because when drinking at home he does not need to drink much because he is respectful of his friends, but only drinks to sip. fun or inspired to work, so he wanted to choose for himself a beer that was delicious and had a rich taste.

Finally, with the prolonged epidemic wave, can the forms of beer buying can change? The way of buying beer may also tend to change in the near future, especially in Da Nang during the recent quarantine period. Will consumers buy more beer on online shopping apps or will they still buy at supermarkets and grocery stores near home? And will online shopping and food delivery apps help beer companies solve the problem of reducing sales? Is that one of the ways [Hypotheses] When we interview Ms. H, a housewife, because she is young and catches the trend pretty quickly, when it comes time to buy beer, she usually buys it from online channels because it is both convenient and does not have to waste transportation. In contrast, Mr. H owns a shoe store in Hanoi. Because he does not drink a lot of beer, he usually buys beer at grocery stores, so he buys it by the way. In addition, nowadays there are many young people who buy beer online to give gifts to loved ones during holidays, or to store for Tet.

In general, after the Decree changes and another outbreak leading to social isolation, beer consumers are seeing many changes in their behavior and psychology of drinking beer. This is an urgent time for beer companies to spend more time researching new changing customer behaviors, new habits formed in the current epidemic period as well as trends. Act new customers in the new normal period in the future. Maybe the blockade and social isolation for too long have made customers get used to new behaviors, so even with social isolation, customers will still get used to those behavioral habits. Further research into these new behavioral trends will help beer businesses develop better long-term strategies in the near future. 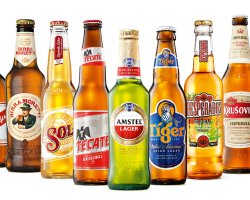 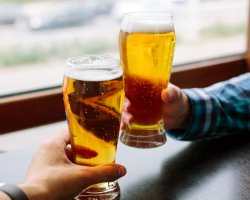 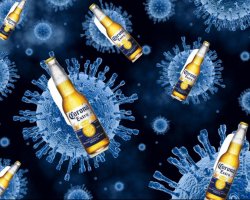