While electric vehicles face many barriers in terms of charging stations, hybrid vehicles seem to prevail with the advantage of not requiring on-site charging. A series of hybrid petrol car models have been landing in Vietnam.

In Vietnam, the first hybrid cars were imported by manufacturers around 2009 in limited quantities, mainly expensive luxury cars such as Lexus RX400h, LS600hL, Mercedes-Benz S400 Hybrid… By mid-2020, Vietnamese users got to know more about the concept of hybrid cars when Toyota introduces the first affordable hybrid model, the Corolla Cross HV. After that, Toyota Vietnam continued to market more hybrid versions of Camry and Corolla Altis.

In 2022, many other car manufacturers also continuously introduced hybrid cars. Noteworthy models include MPV Suzuki Ertiga Hybrid or the B-class SUV Nissan Kicks with the e-Power engine. By the end of 2022, the Vietnamese car market may also receive a plug-in hybrid version (PHEV) Kia Sorento.

Most recently, during the inauguration of factory No. 2 in Ninh Binh, Hyundai Thanh Cong Joint Venture revealed a plan to assemble several new models, notably a hybrid version of Hyundai Santa Fe.

The appearance of nearly a dozen hybrid models along with existing pure electric cars is rapidly enforcing the habit of using eco-friendly cars of Vietnamese people and giving customers more quality choices.

Hybrid is a necessary steppingstone towards pure electric vehicles

Never has the keyword “electric car” or “green car” been mentioned by Vietnamese as much as today. Customers’ interest in environmentally friendly vehicles is very clear, especially in the context of the current volatile oil supply.

Specifically, in 2021, despite the market slump due to the impact of Covid-19, the number of electric vehicles still reached 11.7% of the total number of vehicles sold. It is forecasted that by 2025, this rate will be about 26.7%. Of which, HEVs alone accounts for 16.2%.

By 2030, the number of new electric vehicles will account for about 59%, significantly outperforming vehicles using internal combustion engines, of which HEV alone is about 27.1%. According to VAMA, Vietnam is certainly not an exception to the general rule of the global market, including the fact that car manufacturers are constantly promoting hybrid products.

According to experts, the use of hybrid cars still emits CO2 into the environment. However, in developing countries like Vietnam, where the coverage of pure electric vehicles still has many barriers such as policy mechanisms, charging station systems, and habits of most users, hybrid cars are still a suitable steppingstone for at least the next 5-10 years. 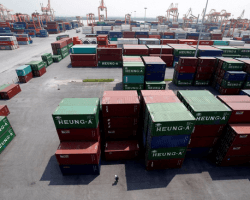 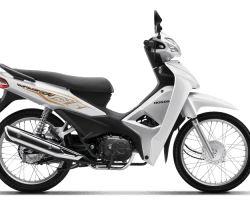