It has a pretty design and is expected to be affordable, but the BYD Destroyer 05’s hybrid powertrain is a bit underpowered.

After going public at the end of August, the Great Wall Tank 500 has now officially announced the pre-sale price in the Chinese domestic market..

The Mazda CX-50 2022 is designed as an off-road vehicle without sacrificing street performance.

The 2nd generation Changan CS75 Plus has a more appealing design than the current model, but will still have a mid-range starting price.

Bentley’s presence at the ongoing 2021 Guangzhou Auto Show is completely understandable because China is considered a potential market for luxury car brands. At this year’s event, Bentley launched two completely new variants of its flagship sedan – the Flying Spur Mulliner and the Flying Spur Hybrid.

According to Motor1, the Porsche 718 Cayman GT4 RS 2022 will be the fastest and most powerful model in the Cayman family.

While the Lexus ES 2022 has a polished appearance and much new equipment, the Lexus GX 2022 has only been upgraded with a few amenities.

Toyota “TacoZilla” Tacoma Camper is currently on display to the public at the SEMA Show 2021.

Ford F-100 Eluminator is a very interesting concept that the American car manufacturer introduced to the public at the SEMA Show 2021. 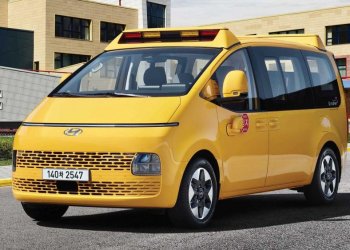 The Hyundai Staria Kinder is perhaps the most stylish school bus in the world right now, and it’s packed with cutting-edge safety features. 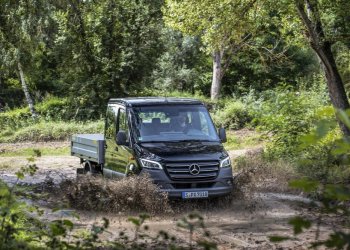 The new generation of Sprinter vans developed by Mercedes-Benz aims to improve user comfort and safety.

Royal Enfield has just launched the latest limited edition for the classic Continental GT 650 and Interceptor 650 duo on the occasion of the 120th anniversary of the birth of this famous motorbike brand.

The classic model is expected to appear in the small motorcycle segment to suit a wider range of users.

Honda Winner X in Malaysia has another name, Honda RS-X with a redesigned headcover and exhaust cover, different from the Winner X version sold in Vietnam. 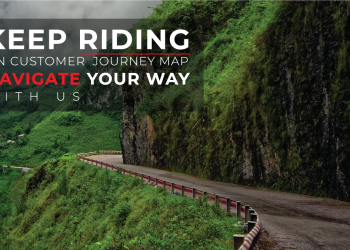 The Honda Dream Forever Glory 2021 model has just been launched in Cambodia with a more luxurious and elegant new look.

The all-new small-sized scooter model Yamaha Fino 125 is said to be preparing to launch in Southeast Asia, catching up with the trend of fashionable scooters for young people.

Honda SH 350i Special has red accent details in the logo, car name, embroidered saddle, and rim stickers, the price of the car is listed at 146.99 million VND.

The scooter model is mainly for street travel, and the price will probably be “lighter” than the Vision.

MV Agusta’s two new Adventure models including Lucky Explorer 5.5 in the mid-range and Lucky Explorer 9.5 in the high-end segment are equipped with a series of branded equipment to provide high performance.

The Yamaha YZF-R9 will bring the frame structure, engine, and technology of the naked bike MT-09, while the appearance is taken from the junior Yamaha YZF-R7. 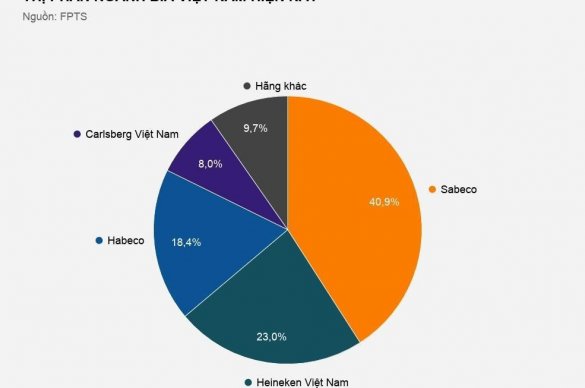 Hanoi Beer is the leading beer in the North, but this region only accounts for 35% of the total consumption of the entire beer industry in Vietnam. Meanwhile, this brand is fading in the South. After ThaiBev approved the legal entity Vietnam Beverage acquired 53.6% capital of Saigon Beer – Alcohol – Beverage Corporation (Sabeco), […] 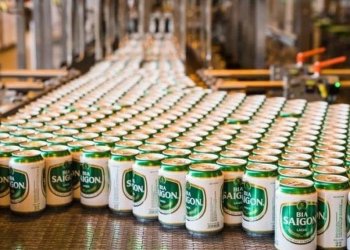 Sabeco and Habeco both had better business results in the second quarter, “recovering” compared to the first quarter, both with higher revenue growth than before. Before being transferred to Thai bosses, Sabeco and Habeco were two brotherly enterprises in the alcohol and beverage industry in Vietnam. If Sabeco is the market leader, Habeco will also […] 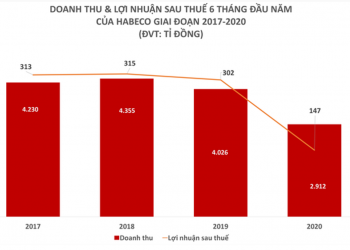 The revenue and profit of the beer companies leading the market share in Vietnam both fell sharply in the first quarter, although they prospered again in the second quarter, the wave of Covid-19 was spreading again, continuing to put pressure on the business situation of this industry. Sabeco – the market leader in beer market […] 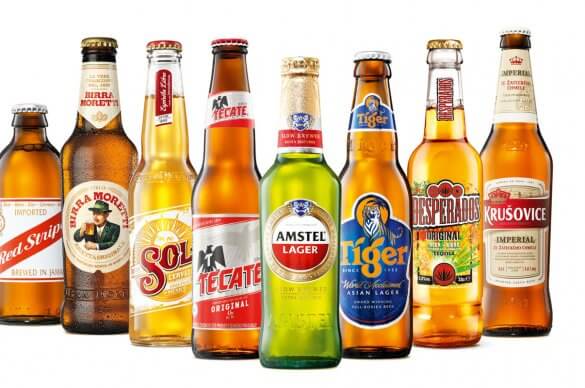 On January 1, 2020, according to the Law on Prevention of Harm of Alcohol 44/2019 / QH14, under which alcohol-related advertisements are banned during the golden hour from 18:00 to 21:00 daily. In addition, the Law also restricts many provisions related to alcohol-related advertising, especially if advertising on websites, electronic information, and electronic media, there […] 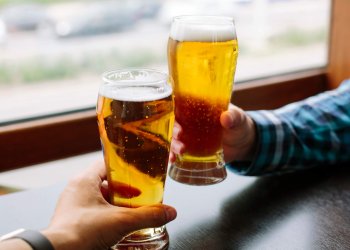 The volatile economic market has created a great pressure on retailers. Along with that, the outbreak of the epidemic reappeared also greatly affected many different industries such as tourism, food services, restaurants and hotels, especially not to mention the beer industry in Vietnam. According to the financial magazine of the Information Agency of the Ministry […] 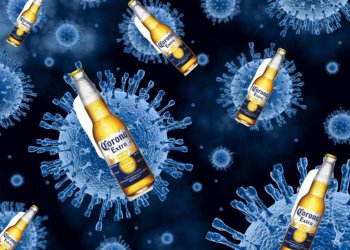 The communiqué 19th brought Da Nang back to a state of social isolation and complied with high-level COVID-19 epidemic prevention measures at 0:00 on July 28, 2020. Therefore, a series of business locations in the Horeca channel in Da Nang are making the consumption of alcohol become “isolation” again. According to Ms. Truong Thi Hong […] 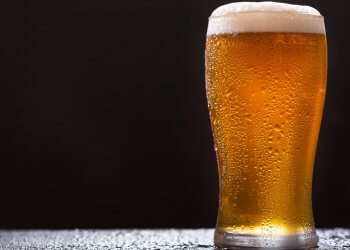 Beer sales have fallen by at least 25% because of Decree 100 recently. For many decades, urban people have always had the habit of consuming beer after work or on important occasions such as holidays, new year, weddings, weddings to celebrate with everyone and reduce stress in life. With many people thinking that drinking a […] 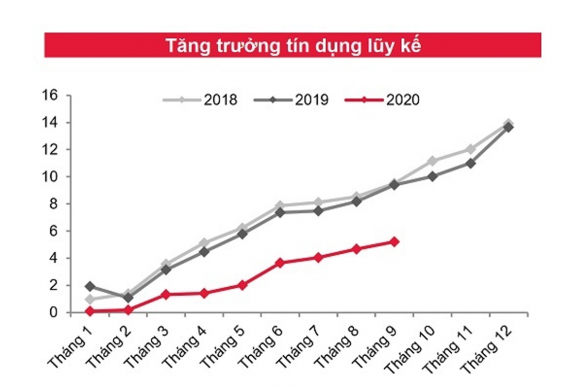 Who will inherit benefits from the cheap capital?

After the SBV’s decision to lower interest rates on September 30, 2020, is the 3rd executive interest rate lowering decision since the beginning of the year, plus a period of lowering important interest rates, the cost of capital already exists. conditions to return to a new low. Before the State Bank lowered the operating interest […] 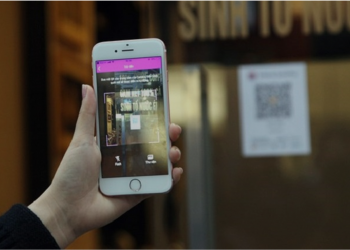 When a customer transfers money, at least the banking system must send 3 messages to the remitter and receive the money, not to mention a customer who is late in entering the OTP or incorrectly entered … the bank must send it again. Although the current fee for e-banking services of major banks is considered […] 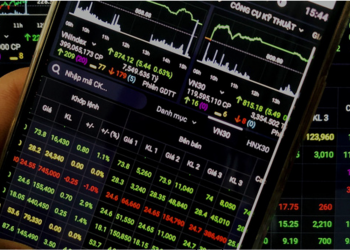 Banks raced on the stock exchange to dodge new regulations

TTO – From January 1, 2021 when the Law on Securities takes effect, it is not until after 2 years since the first transaction date on UPCoM system that a public company can submit an official listing registration dossier. Banks are racing to catch up on the exchange.  Lien Viet Post Bank (LienVietPostBank), the stock […] 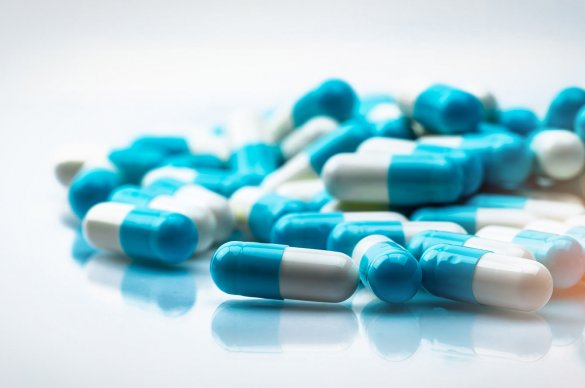 The door is open for pharmaceutical imports

Vietnam’s annual pharmaceutical industry worth 6 billion USD is expected to digitize 100% valid information and drug data for circulation by 2023 and update it to the pharmacy data bank at VN drugbank. Updating the information technology application to transform the pharmaceutical industry, the Drug Administration of Vietnam (the Ministry of Health) since 2018 has […]