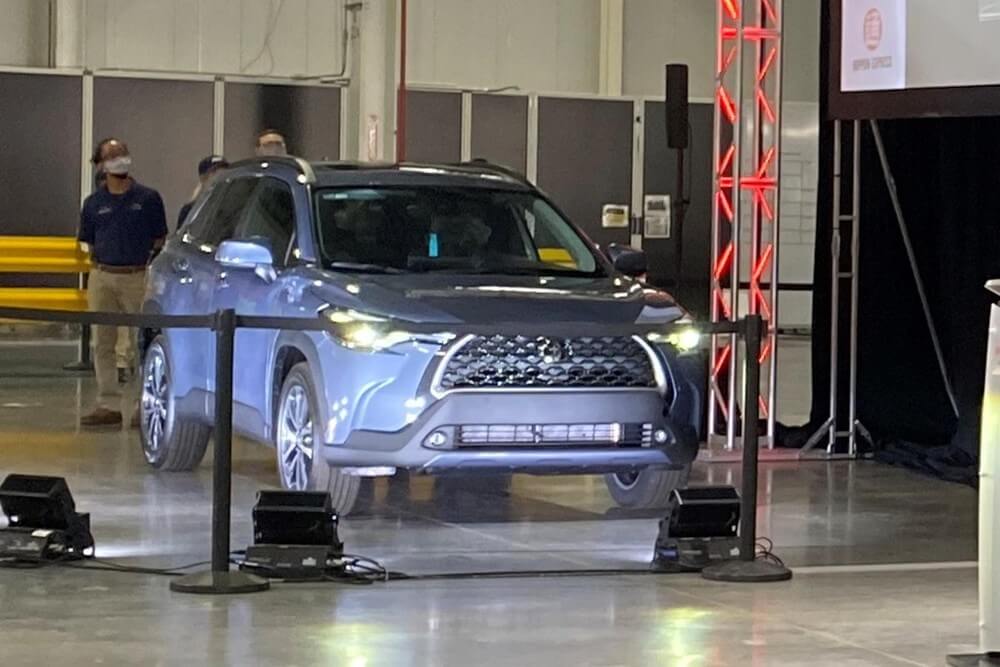 Toyota Corolla Cross and Mazda’s new model will be produced at the joint plant of the two Japanese companies in the state of Alabama, USA.

In 2018, there were rumors in the world of automobile industry that Mazda and Toyota would merge. However, as it turned out, Toyota only bought a small stake in Mazda and the two companies started working together at a joint factory in Alabama, USA.

Initially, it was assumed that Mazda would launch a sportier and more powerful version of the Mazda2. However, as the SUV segment is currently popular, producing a model similar to the Toyota Corolla Cross will be a more reasonable economic solution for Mazda. 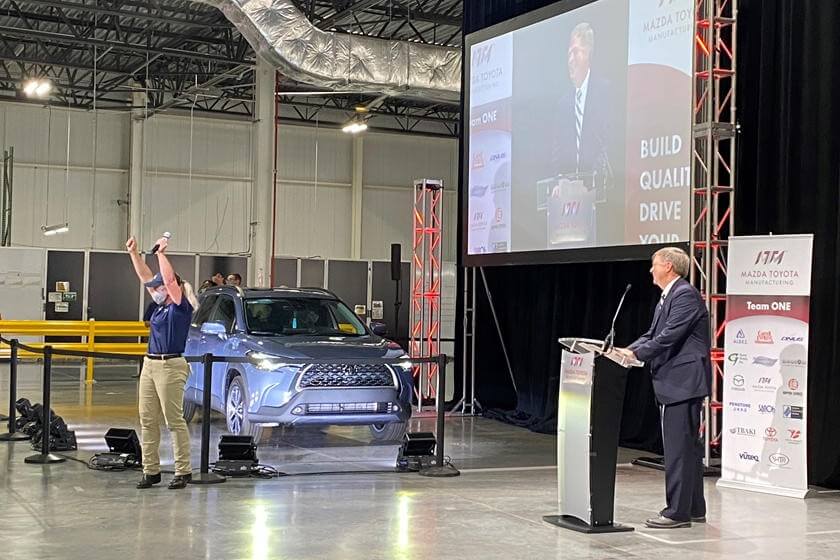 On October 1, 2021, the factory of the joint venture Mazda Toyota Manufacturing (MTM) in Alabama was officially put into operation. More than 2,000 employees were present at the factory to celebrate the event. The plant is expected to continue hiring new employees to prepare for the production of the Mazda version of the Toyota Corolla Cross.

“This is the moment MTM and the Northern Alabama community have been waiting for since we broke ground in November 2018,” said Mark Brazeal, MTM vice president. “We’re thrilled to see the Corolla Cross in dealerships across the country.”

It is known that the factory in Alabama can produce 300,000 cars per year. The plant’s line will evenly service both the Toyota Corolla Cross and Mazda’s new mystery model.

Mazda’s new SUV is expected to launch soon because the MTM joint venture is currently recruiting 1,700 more employees. When operating at full capacity, the plant will provide about 4,000  jobs.

Initially, Toyota and Mazda invested 1.6 billion USD for this plant. Later, this number increased to 2.311 billion USD as the two companies invested an additional 830 million USD in modern technology to support the production process.

Cooperation with Toyota plays an important role for Mazda. In the US market, Mazda’s sales are still on the rise. However, if analyzed closely, it can be seen that Mazda’s sales mainly come from SUVs like CX-5 or CX-30. With the arrival of a new SUV model based on the Toyota Corolla Cross, Mazda can surpass the sales threshold of 35,000 units per year.