Many scooter models from Honda and Yamaha are still in short supply, causing high prices at dealers. 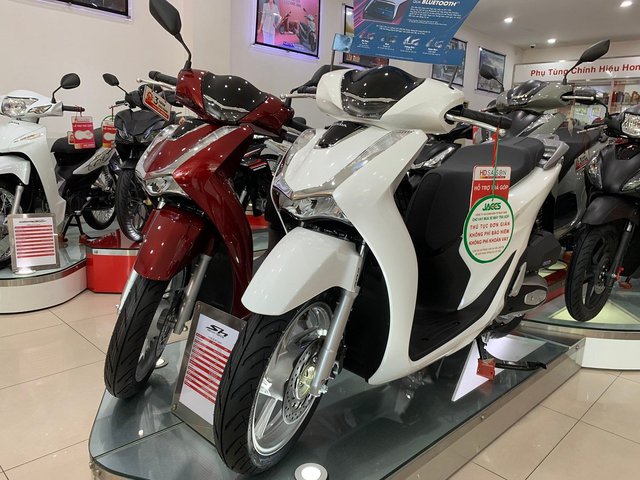 According to a reporter’s survey, from the beginning of October, Honda motorcycle models have increased prices sharply. Accordingly, Honda SH 2022 CBS version 125i is currently being sold at a price of 83 million VND, and 96 million VND for the 150i version (an increase of 1 million VND compared to last month).

Some dealers said that Honda SH 2022 is currently out of stock, especially the ABS version. Customers who want to buy the ABS version at this time will have to pay a large price difference along with a deposit.

Before that, near the end of September, Honda Vision was sold by some dealers with prices ranging from 37 – 46 million VND depending on version and color, while the listed price of this model was only from 30 – 35 million VND.

As for Yamaha, some scooter models at dealerships also received a rather high difference compared to the proposed price.

According to dealers, the lack of components continues to affect the motorcycle manufacturing industry in Vietnam. Although the supply has been restored, it is not abundant while demand has increased sharply, so the price difference happens naturally.