The starting price of the auto license plate auction to serve the needs of organizations, businesses and individuals will be VND 40 million. The license plate up for auction is white background plate with black letters and numbers.

On the morning of October 21, under the authorization of the Prime Minister, presenting a report on the draft resolution on granting the right to choose to use car number plates through auction, Minister of Public Security To Lam said that the auction of number plates both meet the needs of individuals and organizations, create fairness between subjects in need, and increase revenue for the State budget.

Accordingly, the draft Resolution is developed with several separate regulations to apply to the pilot auction of license plates for 3 years. The number plate put up for pilot application in the auction is the license plate of automobiles serving the needs of organizations, businesses, and individuals (white background number plate, black letters, and numbers). These must be unregistered plates, located in the database of the vehicle registration and management system of the Ministry of Public Security.

According to Minister To Lam, determining the starting price of a car license plate for auction is extremely complicated because the number plate is a specific public property, the value of which is high or low depends on the market and the level of rarity according to the preferences of the auction participants.

This draft also stipulates a reservation amount equal to the starting price of a number plate put up for auction.

Regarding the use of revenue from auctions, after receiving opinions from the National Assembly Standing Committee, Minister To Lam said that the draft has been revised in the direction of “The proceeds from the auction of number plates will be paid in full into the central budget”, instead of dividing the revenue according to the rate of 70% paid to the central budget, 30% allocated to the local budget as before.

Verification of the Government’s report on the auction of license plates, Chairman of the National Assembly’s National Defense and Security Committee Le Tan Toi agreed to pilot the auction of license plates nationwide. This is both to meet the needs of people in all localities; At the same time, it is also to effectively exploit the public property, which is the warehouse of car registration numbers, to generate revenue for the State budget from auctions.

“If a local resident can only participate in auctions in that locality, the number of people participating in the auction will be limited, not meeting the actual needs of the people, and not fully exploiting the revenue for our own”, according to the explanation of the examining agency.

The verification agency explained that with the type of vehicle operating in the transport business, the need for a beautiful number plate is very little. As for motorbikes, if the pilot is expanded, the need will be very huge, leading to a lack of concentration, affecting the pilot implementation.

As for the starting price, the National Defense – Security Committee has a different view from the plan proposed by the Government. This agency thinks that setting different starting prices between zone 1 (Hanoi, Ho Chi Minh City) and zone 2 (remaining localities) does not make sense when auction participants are nationwide.

Although many opinions suggest adding auction forms. In the immediate future, in the pilot phase, the National Defense – Security Committee has agreed to pilot only the online auction form with the auction method being bid up.

This also aims to limit speculation in license plates and avoid complicating the handling of pilot consequences for license plates issued through auctions if this policy is not continued after the end of the pilot auction period. 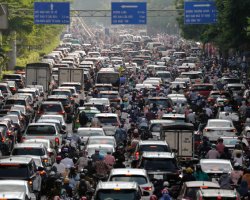 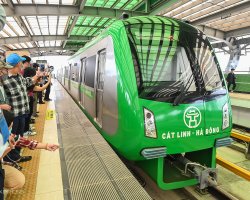