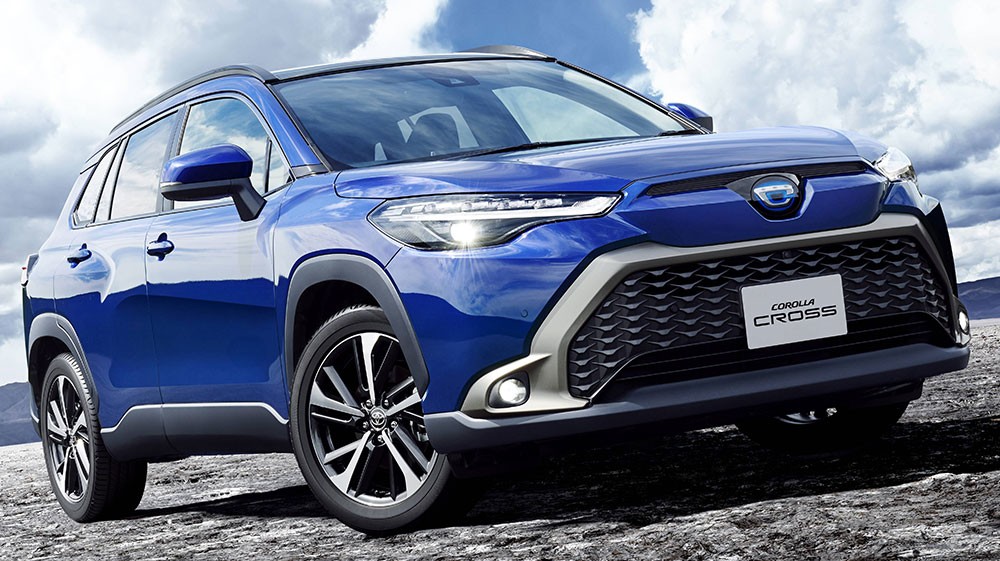 Toyota Corolla Cross 2021 has officially launched in the Japanese market with a different design than its existing variant in Vietnam.

True to previously provided information, on September 14, 2021, Toyota has officially unveiled the Corolla Cross model in the Japanese market. Corolla Cross will be positioned between the C-HR and RAV4 in Toyota’s product line.

Compared to models currently sold in Vietnam and the US, Toyota Corolla Cross 2021 for Japan has a different exterior design. This is clearly shown through the front’s design with a slender upper grille, integrated with the “C” logo instead of the Toyota logo. This is the original logo for the Toyota Corolla in the Japanese market.

Located on either side of this grille are LED headlights with a design which differs from that being sold in Vietnam. In the most advanced Z version, the Toyota Corolla Cross 2021 comes with a daytime positioning LED strip designed like eyebrows, splitting the headlight cluster in half. Located above the LED daytime running lights are sequential LED turn signals while the main headlights lay underneath. 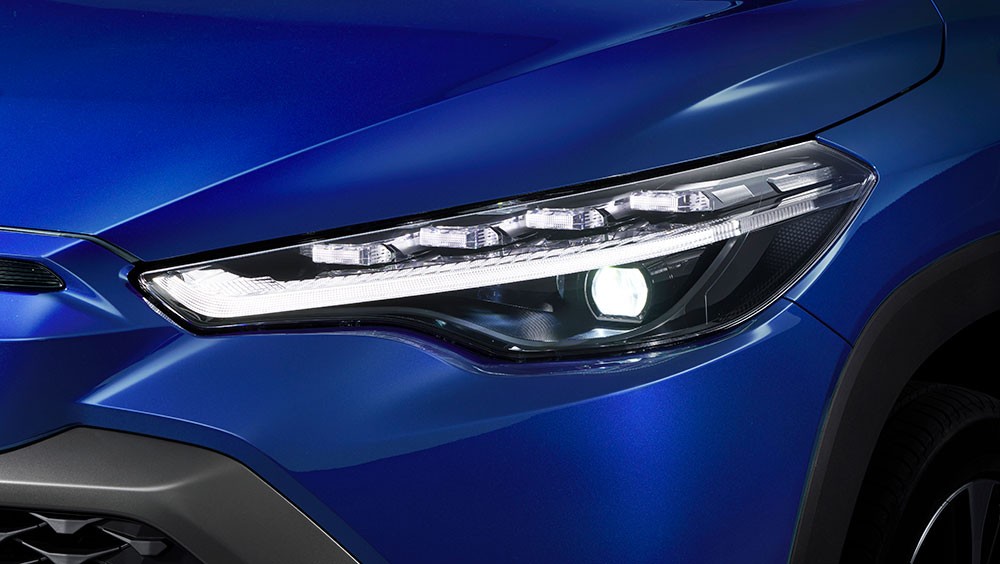 Similar to the front, the rear design also has some differences compared to that in Vietnam, namely the shapes of the taillights and bumpers. In the middle of the taillights, there is no chromed “Corolla Cross” like in Vietnam. This inscription is located on the left corner of the trunk door, below the taillights. Meanwhile, the rear bumper comes with a chrome splint, surrounding the reflector.

Meanwhile, the interior design of the Japanese model is identical to Vietnam’s, except for the steering wheel on the right. The car also has a horizontal dashboard, an independent infotainment touchscreen, and an LED system that creates a luxurious but natural feeling.

In addition, there is a digital dashboard with a 7-inch screen, a hands-free electric tailgate. Meanwhile, the navigation system is an optional equipment. 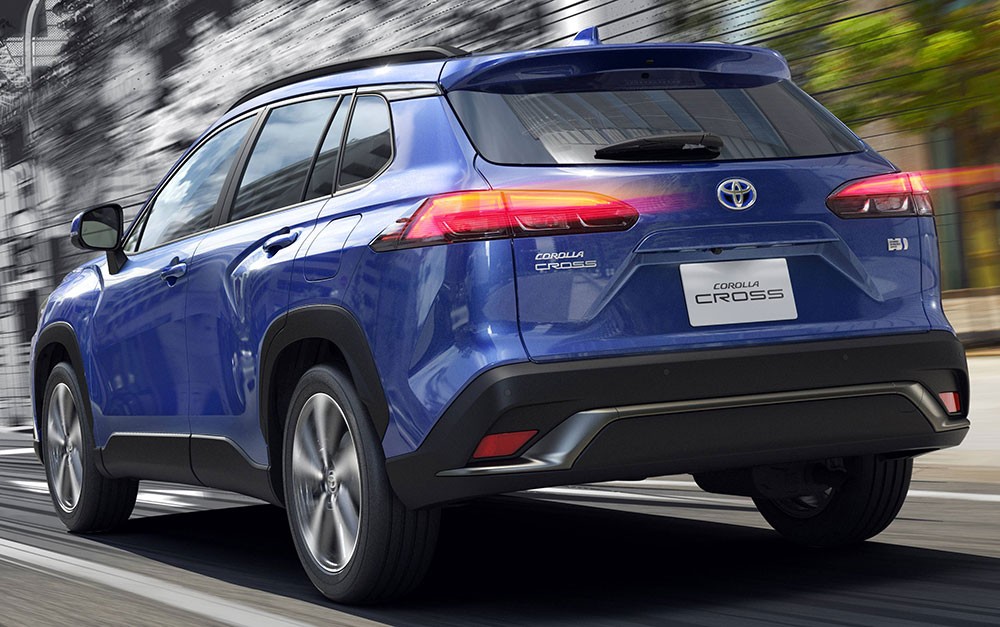 The second is a hybrid system, including a 1.8L Atkinson Cycle gasoline engine, producing a maximum capacity of 98 horsepower at 5,200 rpm and max torque of 142 Nm at 3,600 rpm. The engine combines with a powerful electric motor of 72 HP and 163 Nm. In total, the hybrid system of the Toyota Corolla Cross 2021 produces a total of 122 HP. Particularly, the version with 4-wheel drive E-Four will be added an electric motor on the rear axle.

Combined with a CVT, the 1.8L engine consumes an average of 14.4 km/liter of gasoline (about 6.9 liters/100 km). The corresponding figure of the hybrid version is 26.2 km/liter (3.8 liters/100 km). In addition, the Corolla Cross Hybrid in Japan also comes with a 100 V AC power outlet in case of an emergency. 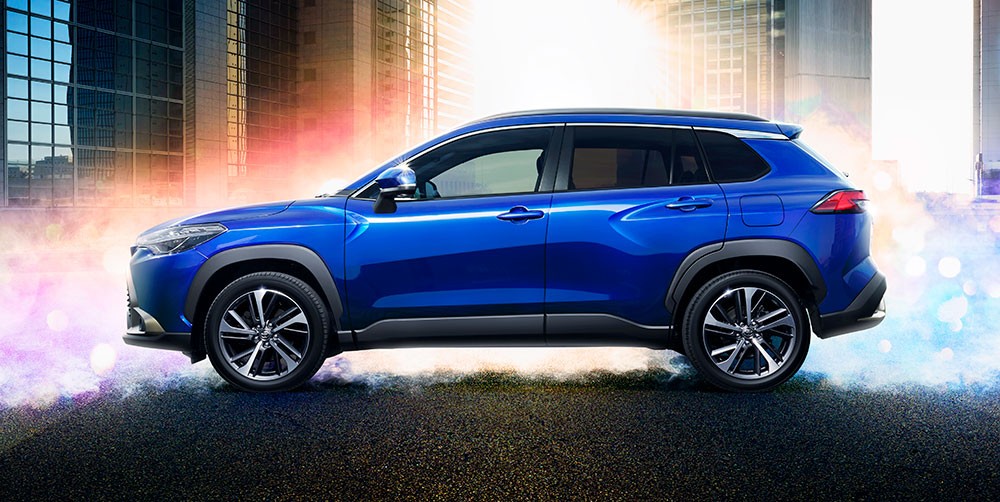 Finally, there is the standard Toyota Safety Sense safety technology package. This includes automatic emergency braking, integrated pedestrian/cyclist detection, adaptive cruise control, and many other features. Except for the standard version, the remaining versions of the Toyota Corolla Cross 2021 in Japan will have an additional system to prevent accidental acceleration and a reverse camera. 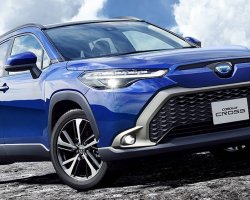 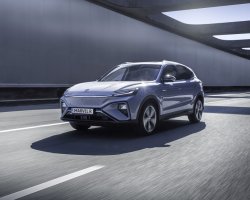 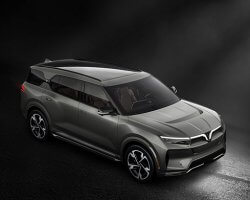