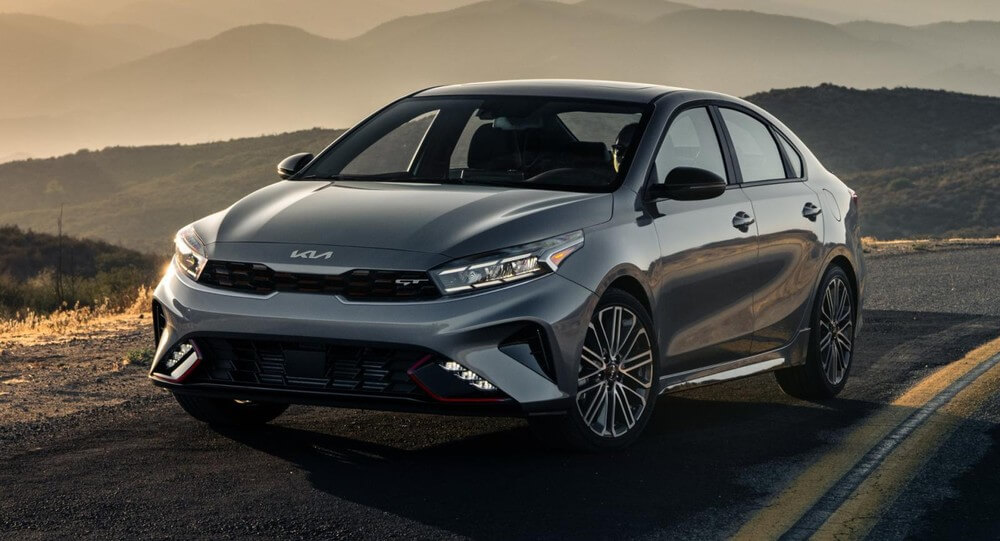 Kia Forte 2022 in the US market is changed in exterior design and more powerful engine.

Back in April, Kia unveiled a new version of the K3 in the Korean market. In September, this C-size sedan continued to launch in Vietnam and changed its name from Kia Cerato to K3. In October, the new Kia K3 2022 was launched in the US market but under its own name, Forte. Not only different in name, Forte in the US is also equipped with different equipment than Kia K3 2022 in Vietnam.

In the US market, Kia Forte 2022 is divided into 4 equipment versions, including FE, LXS, GT-Line, and GT. In addition, the car also has 2 optional accessory packages called Technology (for LXS, GT-Line, GT versions) and Sport Premium (for GT-Line). 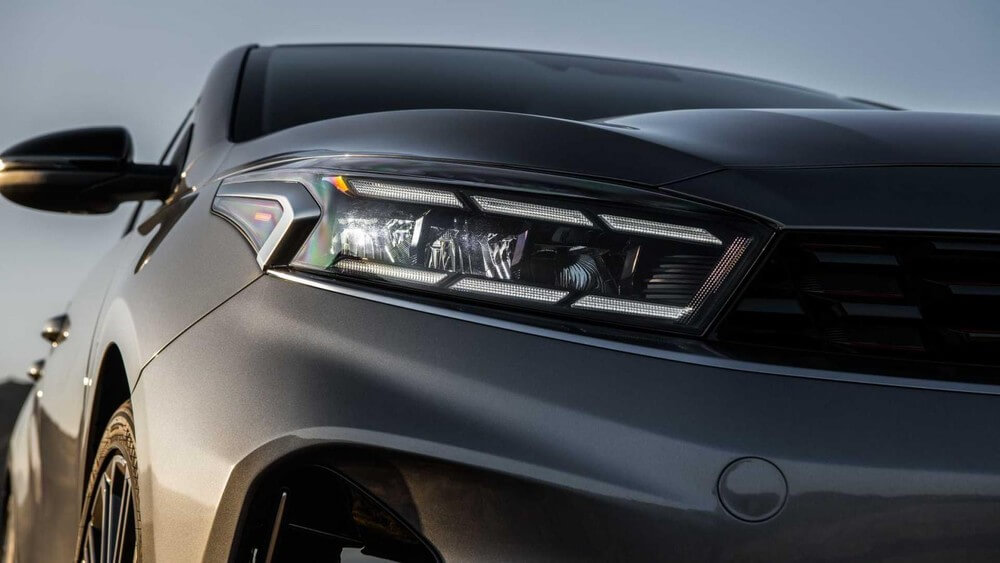 Similar to Kia K3 2022 for Korea and Vietnam, the new Forte in the US market also changes significantly in exterior design. This is evident in the front-end design with new LED daytime running lights and turn signal lights. This light strip has a design of 6 horizontal lines on each side and surrounds the headlights. Meanwhile, the headlights are redesigned in a slimmer style.

Between the two headlights is still the signature “tiger nose” grille of the Kia brand, but the design is smaller and wider than before. Another addition is a new chrome brace that hugs the headlights and grille.

Below that is a large central air cavity and comes with LED fog lights located diagonally at 2 corners. 2 triangular air vents on either side of the corner of the front bumper can be seen with decorative chrome splints, and the new Kia logo on the hood.

Meanwhile, the side design of Kia Forte 2022 remains as it was. An exception are the rims. The LX and GT-Line versions will have two new sets of 16-inch and 17-inch alloy wheels.

In the back, this C-class sedan has LED taillights with a striped design similar to the LEDs at the front of the car. This rear light cluster is connected by an LED strip in the middle. Next is the mesh area on the rear bumper with a grille-like design. On either side of this mesh are 2 diagonal chrome-plated braces like the front bumper and rear fog lights. 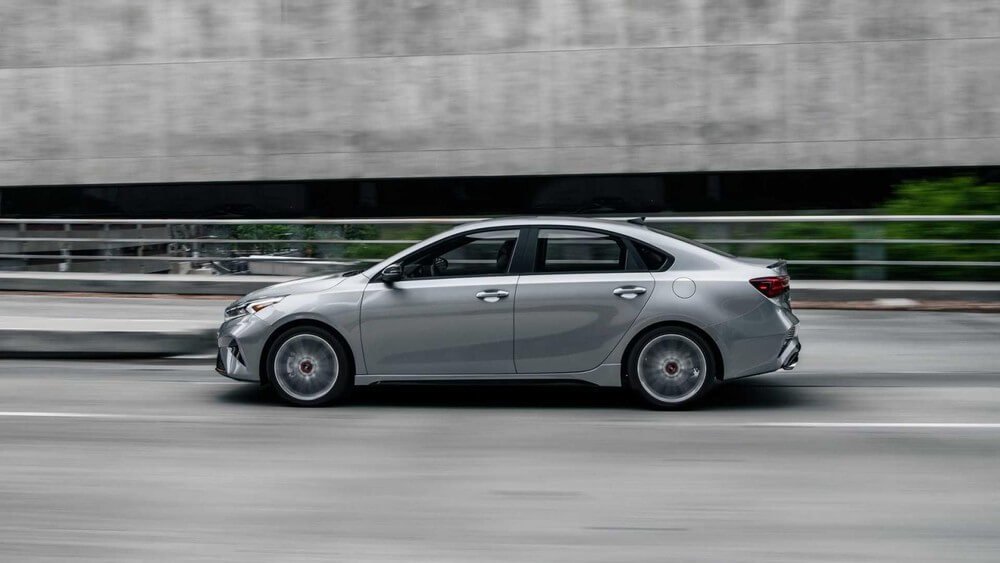 Stepping inside the Kia Forte 2022, U.S customers will be greeted with new equipment such as a 10.25-inch touchscreen infotainment screen for GT and GT-Line versions that has navigation system. Meanwhile, the other two versions employ an 8-inch central screen, supporting Apple CarPlay and Android Auto wireless connectivity.

In addition, Kia Forte 2022 also comes with a standard 4.2-inch multi-information screen in the dashboard instead of 3.5 inches like the old version. Unfortunately, the digital dashboard with a 10.25-inch screen of the Kia K3 2022 in Korea is not used for the new Forte in the U.S.

The remaining changes of the Kia Forte 2022 in the U.S include an electronic handbrake with automatic temporary brake hold, an optional rear-seat USB port, SynTex synthetic leather, and Smart Key.

Similar to the old version, Kia Forte 2022 in the U.S still has 2 engine options. The first is a 4-cylinder 2.0L petrol engine with a maximum capacity of 147 horsepower and 178 Nm in torque. Available for 3 versions FE, LXS, and GT-Line, this engine is combined with a CVT as well as front-wheel drive.

The second is a 4-cylinder 1.6L turbocharged petrol engine, producing a maximum capacity of 201 horsepower and maximum torque of 264 Nm for the GT version. This engine is mated to a 6-speed manual transmission or a 7-speed dual-clutch automatic transmission. In addition to the more powerful engine, the Kia Forte GT 2022 also has a multi-link rear suspension, 2 exhaust pipes, and more efficient brakes.

Finally, there is safety equipment for Kia Forte 2022 in the U.S market, including:

In total, this C-sized sedan has up to 15 ADAS active safety features.

Currently, the price of Kia Forte 2022 in the US market has not been announced.