Banks raced on the stock exchange to dodge new regulations

TTO – From January 1, 2021 when the Law on Securities takes effect, it is not until after 2 years since the first transaction date on UPCoM system that a public company can submit an official listing registration dossier. Banks are racing to catch up on the exchange.

Lien Viet Post Bank (LienVietPostBank), the stock code LPB, said that the HoSE had approved the listing principle and is actively preparing for the official listing in the last months of this year, before when the Securities Law takes effect.

According to the listed documents, LienVietPostBank will list nearly 977 million shares, equivalent to a charter capital of VND 9,770 billion. The listed advisory organization for LienVietPostBank is Viet Capital Securities Joint Stock Company.Representative of LienVietPostBank said that due to careful preparation and expected LPB to be the first bank to list on HoSE in 2020, the listing aims to improve liquidity, bring maximum benefits to shareholders and share stock.

It is expected that after LienVietpostBank, the “teammates” of VIB, SHB, ACB will continue to list or change the floor from HNX to HoSE.

Vietnam International Commercial Joint Stock Bank (VIB) has also been approved by shareholders to be listed on the HoSE this year.

VIB leaders believe that this is very positive information for investors, when VIB shares have been evaluated in the group of sought-after banking stocks for many years, but many organizations and large funds have not been included in the portfolio. investment due to still being listed on UpCOM.

At this point, VIB will hold the extraordinary general meeting of shareholders on October 6.

In addition, Nam A Bank has recently registered to trade shares of NAB on the UPCoM market at the Hanoi Stock Exchange (HNX).

Currently, more than 389 million shares of Nam A Bank have been deposited at the Securities Depository Center (VSD), under the stock code NAB. The value of registered securities is equivalent to more than VND 3,890 billion. The largest shareholder of South Asia is Dragon Pacific Company Limited with nearly 11% ownership rate and no major foreign shareholder. 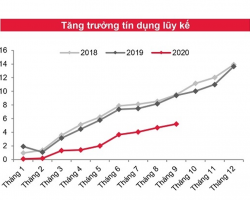 Who will inherit benefits from the cheap capital? 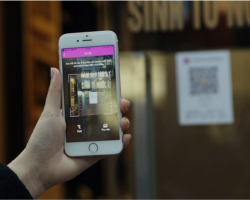