Ford E-Transit Custom 2023 is an electric van with futuristic designs and an operational distance of 380km for every full charge. 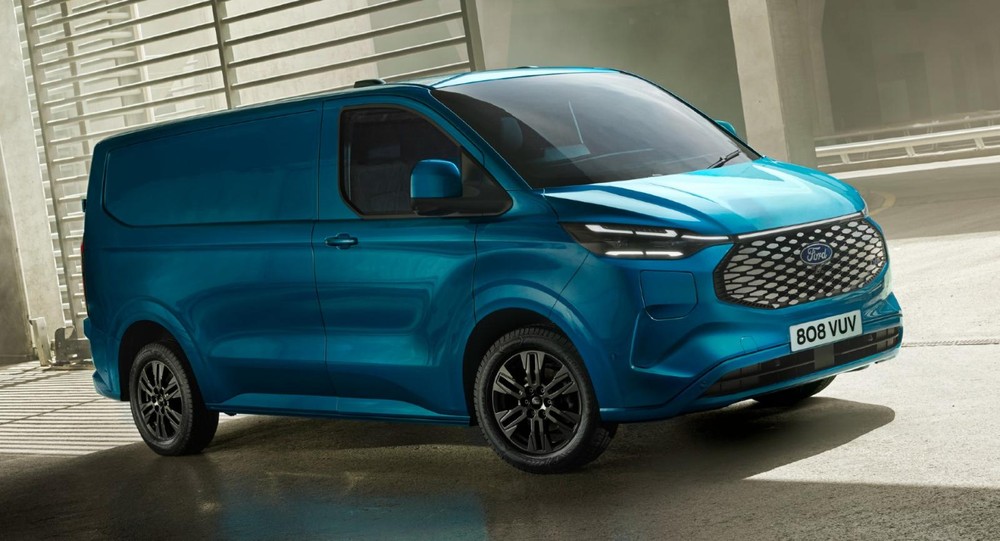 In 2021, Ford has established a sub-brand specializing in commercial cars named Pro. Recently, Ford Pro has released the first images of the E-Transit Custom model. 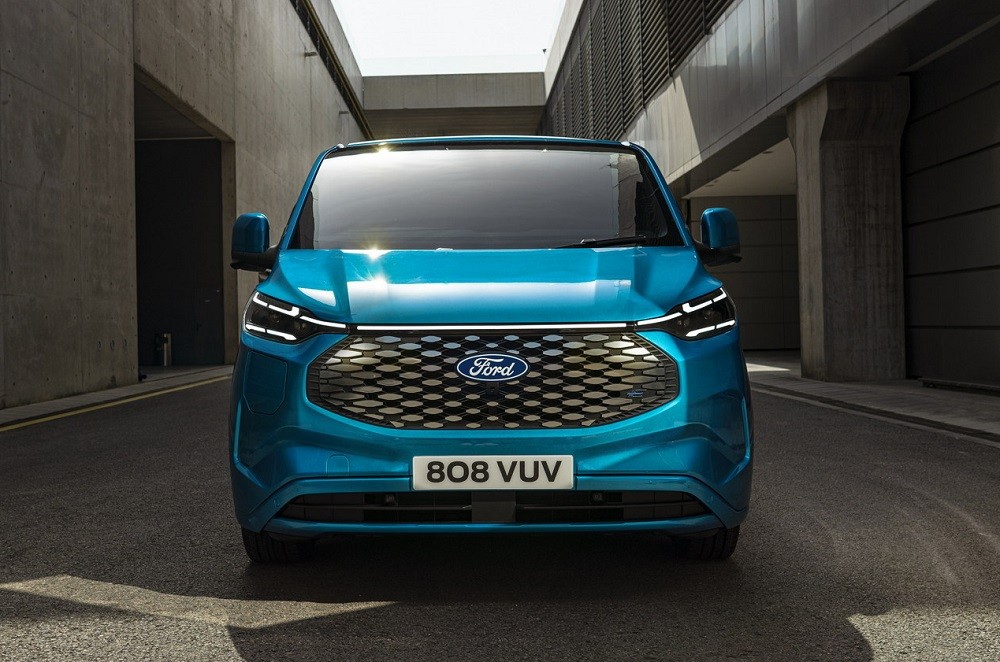 As the name suggests, this is the pure-electric version of the Ford Transit Custom commercial vehicle. This is not the first full-electric van from Ford. Before that, Ford had a similar model, the E-Transit. Compared to the predecessor E-Transit, Ford E-Transit Custom 2023 has a smaller size and is lowered.

Currently, Ford has not announced specific information about the powertrain. We are only given that this pure electric van can run for 380 km after fully charging the battery.

The battery information of the E-Transit Custom 2023 is also undisclosed. Meanwhile, Ford E-Transit uses a battery pack with a capacity of 68 kWh. According to statements, E-Transit Custom 2023 will support the same DC fast charging system as E-Transit. There will be ProPower Onboard technology to supply power to home appliances or tools when needed, similar to the Ford F-150 Lightning. 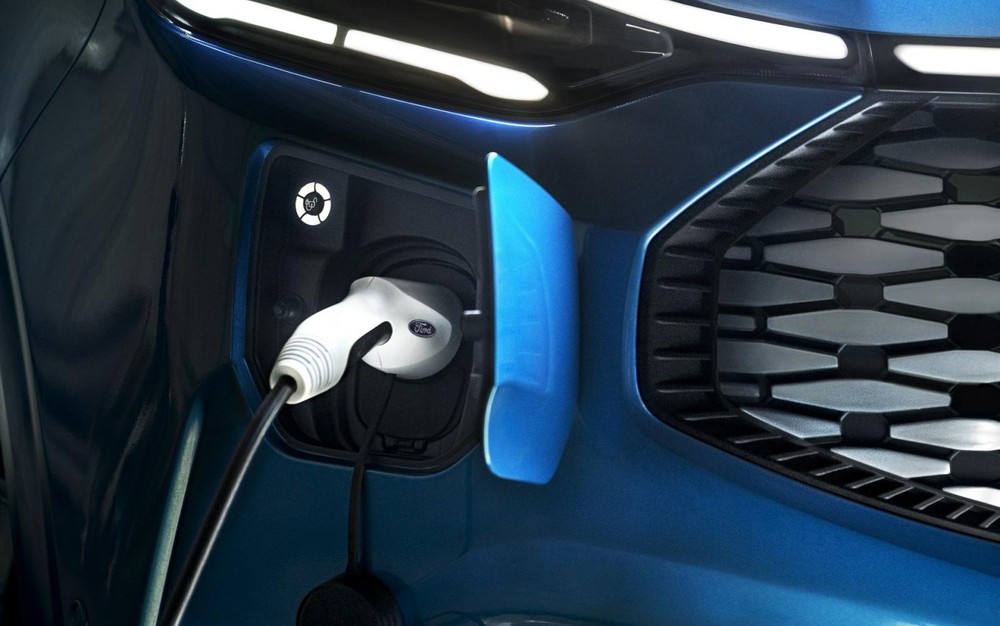 Autocar magazine said that the Ford Pro brand plans to sell the E-Transit Custom 2023 to the European market under two different types of electric motors, with a maximum capacity of 181 HP and 265 HP. The electric motor of E-Transit Custom 2023 will be placed on the rear axle, generating a maximum torque of 431 Nm. Therefore, the car can accelerate from 0-100 km/h in less than 7 seconds and reach a maximum speed of approximately 137 km/h.

In addition to the powertrain, Ford’s latest rookie also owns some changes in the exterior design compared to the internal combustion engine Transit Custom. This change is most evident at the front of the car with a rather large hexagonal grille. Inside the grille are shiny chrome hexagonal meshes. On either side of the grille are new slim LED headlights, surrounded by LED daytime running lights, which are connected to each other and across the front of the car.

In addition, the Ford E-Transit Custom 2023 also has a large central air cavity in the front bumper. The car’s charging port is located just below the right headlight. 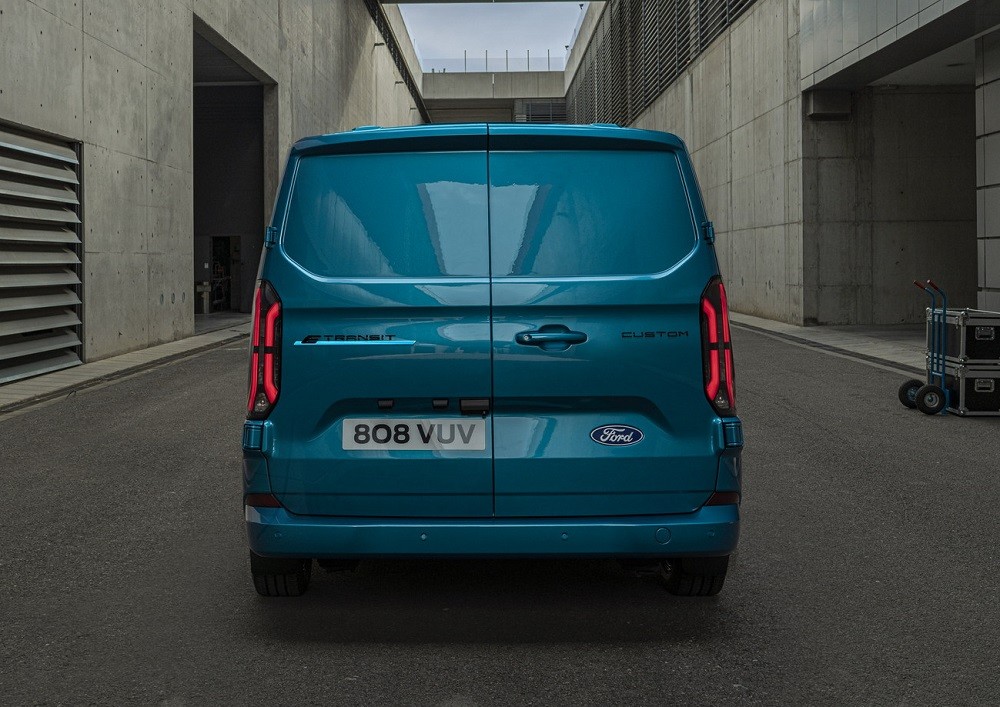 On the side, there are electric sliding doors and sporty 6-spoke alloy rims painted in gray. Meanwhile, the rear comes with a vertical LED taillight cluster with the same internal shape as the front LED strips.

Unfortunately, Ford has not revealed the interior image of the E-Transit Custom 2023. However, Autocar magazine said that this will be the next Ford model equipped with the SYNC 4 infotainment system and a 12-inch screen in the center.

Ford claims the new edition is “designed to set a new standard in the 1-ton van segment in Europe and to help businesses in this region easily make transitions to electric vehicles”.

It is expected that it will not be until next year that the new Ford E-Transit Custom 2023 will be officially sold on the market. This is also one of five electric car models that Ford Pro will launch in the European market between now and 2024. 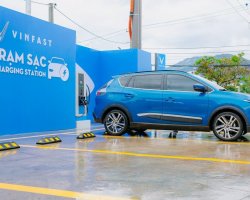